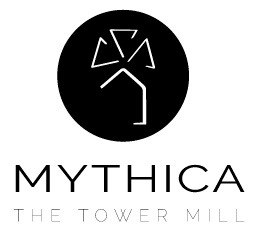 Far from the daily hassle and yet so close

Grand View Villa Paros is built on a mountain location, on the Village Lefkes in Paros island.  It is the most mountainous village of Paros and the most verdurous one. Lefkes was the first capital of Paros. The village is located under a pinewood on the hill. A walk around its beautiful narrow streets with the white joints will impress you.

An insider’s guide to the best things to do and attractions in Páros, including visiting museums and sights as well as the best beaches. By Marc Dubin, Telegraph Travel’s Greece expert.

Páros is a good all-round island with something for every conceivable taste, from aficionados of ocean sports to foodies to extreme nightlife buffs.

Pride and joy of Parikiá is the enormous Byzantine church and cruciform baptistry (5th–6th century; locked but look through the grating) of Ekatondapylianí (The Hundred Gated; daily all day), the name probably a corruption of Katopolianí (At/Of the Lower Town). The compound also contains a small Byzantine Museum (daily 9am-9pm), whose highlight is the chance to climb the stairs up to an ambulatory which provides views into the apse with its very early frescoes depicting scenes from the Virgin’s life, only revealed during the 1960s.The “upper” town, settled early in the Bronze Age, is on and around the seafront Kástro, where much later the Venetians liberally recycled Classical masonry for their fortifications. The old market lanes nearby amply reward strolling, being less congested than vaguely comparable Mýkonos town.

Artefacts of various ancient Parian settlements are showcased in the archeological museum (Tues–Sun 9am–3.45pm) just behind Ekatondapylianí. Not least because of all the handy marble quarries, sculpture was assiduously practiced here from the Archaic through the Roman periods; standout items include a memorial to Classical-era poet Arhilohos in the form of a lion savaging a bull, a winged Archaic gorgon, and a fine Artemis from ancient Delion, across the bay from Parikiá.

Parian marble was in fact considered among the finest in the ancient world, and later pipped only by Carraran stone. Marble was last extracted here during the 19th century for Napoleon’s tomb; you can still view the quarries near Maráthi village (though the tunnel mouths are fenced off) and pocket a souvenir chip.

The closest retreat from the bustle of Parikiá town, up on the hillside immediately east (you can drive up), is the splendid eyrie-monastery of Ágii Anárgyri, founded in 1660. The last monk left in 2000, but a caretaker will let you in (10am–2pm & 5–9pm). Bring a bottle to collect tasty water at the subterranean agíasma (holy spring) dated to 1779. From the shady festival terrace, a cool retreat in summer, there are knockout views west (best early or at sunset) over the distinctly heart-shaped bay to Sífnos, Sérifos and Kýthnos.

All that said, the most impressive single local site is on Páros’ satellite islet, Antíparos. Here the great cave (daily 10am–6pm summer, 10am–3pm spring/autumn, shut Nov–May, €5), known since ancient times (Arhilohos made the first recorded tour) rarely fails to impress, despite cement walkways with railings, and a cheesy, constant bilingual recorded narration. Only the topmost galleries with their stalagmites and stalactites, 45 million years in the making, are accessible. Surely the most eccentric visitor was the Marquis de Nointel, French ambassador to the Ottomans, who in 1673 celebrated Christmas Eve Mass deep within the cavern for a mixed Muslim-Christian party of 500, using a suitably table-like rock for an altar.

After Parikiá, the northerly fishing port of Náoussa is the island’s second town – but primary resort area. The oldest quarter actually forms a kástro – a Venetian town-planning device seen also at the heart of Antíparos – where the backs of the houses form a defensive perimeter, and access could be denied to pirates by means by closing a limited number of entrances. The old fishing port is achingly picturesque – and knows it, given the prices charged at most nearby restaurants.

The closest escape is the Environmental and Cultural Park of Aï Giánnis Détis (parospark.com), a car-free area beginning at the eponymous monastery on the peninsula closing off Náoussa bay on the northwest. Seven well-mapped and -marked hiking trails crisscross the peninsula with its stunning rock formations; the most popular pair of paths, numbered ‘1’ and ‘2’, take you to the handsome 1887-vintage, British-built lighthouse at Cape Kórakas. Using the most direct path from the events amphitheatre above the car-park and snack-bar, allow a minimum 40 minutes round-trip to the lighthouse; in September the landscape is covered in the waving, snow-white fronds of sea squill (Drimia maritima).

You can have a similar atmosphere to Náoussa’s, with fewer crowds, at equally photogenic Marpissa, some 9km south and inland, a maze of narrow lanes and arcades. Pródromos village, just across the road, with its arches, little kafenía, bougainvillea cascades and wood-oven bakery, proves equally appealing.  From Pródromos, take the old cobbled path west and further inland to Léfkes, the island’s medieval capital, again a stroller’s paradise with a particularly lovely lower square, flanked with cafés for a pause, before continuing on the trail to Kóstos village, nearly as scenic.

In the far southwest, Alykí has considerable charm as a working fishing port, but the best target is offshore, on neighbouring Antíparos. Here, a broad marketplace lane whitewashed with the requisite Cycladic cross-hatching leads inland from a deceptively dull waterfront towards the nowadays-neglected kástro compound noted previously. But on the square beside the single kástro gate there’s plenty of life, especially by night in season.

Local partisans like to boast that, while Páros may not have the mega-strand of neighbouring Náxos, the sand here is parcelled out into small patches all around the island’s perimeter, so on any given day at least several of these will be protected from whatever wind is blowing.

Parikiá itself has one of the best in-town beaches in the Greek islands at Livádia, getting better as you proceed north. Carry on for 2.5km more, following a jinking road system, to contiguous Martsélo and Kriós beaches at the far northwest corner of Parikiá bay, also served by shuttle boats from the town quay . The 200-plus-metres of good sand here get very busy at the broad middle, with its beach club and sunbeds; nary a shady tamarisk is unclaimed by Athenians and islanders even in off-season. Family-friendly Martsélo, end of the road with limited parking, has very clean water and protection from the north wind; the only occasional (and literal) black spot is washed-up tar from boats illegally purging in the bay.

Some two km from Parikiá in the opposite direction, Parásporos is another sandy goodie, though of most interest to boogie-boarders as it enjoys a near-constant surf.

Poúnda’s beach isn’t the best for swimming, but owing to near-constant winds and a properly placed lee shore, it’s one of Greece’s major kite-surfing centres.

Continuing anticlockwise around Páros, Alykí has serviceable beaches in town, as well as a more remote one just south, but the next bay with a real “wow” factor is Khrysí Aktí (Golden Beach), 600m from end to end and famous for its windsurfing (though the breeze here is not as steady as at Poúnda). Kayaking and paddle-boarding are practiced here on calmer days.

Beyond that, there are other less frequented beaches at long, dune-backed Mólos; small but scenic, cliff-girt Kalógeros; and Ambelás before you reach those flanking Náoussa. West of this resort is the overrated Kolymbíthres tucked in between suggestive rock formations; preferred by many, nudists especially, are the rock slabs which form a lido just behind the untenanted monastery of Ágios Ioánnis Détis. East of Náoussa, your best bet is Little Sánta María spread over two or three sweet little, gently shelving fine-sand coves backed by juniper-stabilised dunes, despite sardine-packed sunbeds even during October.